Today in class we were learning all about how we play when we turn into wolves: We nuzzle each other’s muzzle apparently! A muzzle is our nose and mouth area and when we like someone, we nuzzle their muzzle. I wouldn’t mind doing it to Katy but I’d go crazy if Eddie ever tried to nuzzle me. (Katy says she’ll make sure he doesn’t!!!)

We can also greet each other by licking. Ewww! Roald loves giving me a sneaky lick on the hand when he thinks I won’t notice. It’s hard not to throw up sometimes but he really can’t help himself. The boys like to wrestle each other by rolling around on the grass. It does look like fun except they always look like sweaty messes afterwards. Roald and Andrew like to play hide and seek too and they often body slam too. 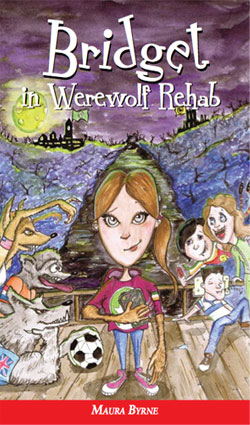 My debut novel is now available. Read all about it here & find out where to buy it!